After telling the stories of both large and small companies over a period of two decades with his branding agency, Chuck realized how more often than not, many business executives were suddenly facing major adaptations to remain relevant in ever-changing industries.

When hearing about business challenges, Chuck would fall back to the lessons learned after Hurricane Andrew in 1992 when he leaped into action and became Co-founder of Neighbors 4 Neighbors. No monumental hurdle was bypassed then due to out of the box thinking and connecting with specialists who provided unique insights. Neighbors quickly grew into an international disaster relief organization and Chuck has led a number of responses for overwhelming situations including Hurricane Katrina in 2005 and for the Haiti earthquake of 2010 in addition to helping corporate transformations.

Should a business face any type of growth obstacle, being prepared in advance to rebound is the key and Chuck shares how to turn things around with personal and professional leaps. His stories explain how to achieve aspirations, creativity and innovative leadership from a life full of winning conquests. 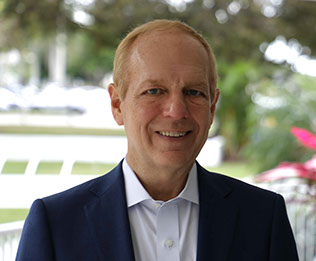 Getting There offers portraits of resilience and connection that will inspire you to put doubt aside and go after your dreams. The book profiles ten people from diverse industries and walks of life who beat back serious adversity—whether physical, emotional, or both—to achieve success. This group includes renowned LSU baseball coach Paul Mainieri; consumer insights app creator and Forbes “30 Under 30” selection Nadia Masri; health food entrepreneurs Neter Alkebulan and Trendolyn Hopkins and pioneering Wake Forest University surgeon Dr. Anthony Atala, one of the world’s leading specialists in regenerative medicine.

Jam-packed with hard-won wisdom that can be applied by anyone in any life situation, Getting There just may help you get where you need to go.

“A must-read for anyone wishing to take their business efforts to another level. Getting There is an inspirational book which offers a fresh outlook towards business strategies in 2019.  The interviews provide unique perspectives and are a treasure for an understanding of what it takes to achieve success in life and business.”

“Getting There is an XL-sized bottle of inspiration for entrepreneurs. Reading the profiles of successful business people is extremely motivating for people who dream of starting their own businesses. Malkus also provides useful tips, based on his personal experiences, to establish a great career.”

In what became one of the most ruthless Ponzi schemes in United States history, Fort Lauderdale attorney Scott Rothstein stole $1.4 billion to finance his opulent lifestyle. This story of betrayal, greed, corruption, murder, sex, and suicide is enough to make even Bernie Madoff blush.

Through exacting research, Chuck Malkus has uncovered the truth behind the Ultimate Ponzi scheme that duped thousands. With unexpected flamboyance, Scott Rothstein bought his way into society and took advantage of charitable organizations and prominent individuals.

“Through his largesse, Rothstein made many "friends" among local politicians, law enforcement, and even former Florida governor Charles Crist.  Such a high profile, as described in great detail in the fascinating book, The Ultimate Ponzi, by Chuck Malkus, served Rothstein well in attracting clients to his investment scheme, which involved the sale of investments that didn't really exist.”

“If ever there were fertile ground for a spellbinding story about hitting the heights of fortune and then descending into the depths of deprivation, it would have to be the saga of Scott W. Rothstein and his $1.4 billion Ponzi scheme.”

Glamour, excitement, and money were thrust upon Miami in the late 1970s. Seemingly overnight, it transformed from a sleepy Southern town famous only for its retirees, to an exciting mix of wealth, style, and violence. It was the Cocaine Era, when mountains of cash, bricks of coke, and men with assault rifles changed everything.

And it changed the people living there, as well. Kevin Pedersen and Alex DeCubas, a couple of local boys who met at a Little League game, became best friends and star high school wrestling teammates. They were even featured in Sports Illustrated. After a couple decades of facing conflict, personal turmoil and (for Alex) a long prison sentence, the pair reunited and teamed up to do what they perhaps always should have--coaching high school wrestling together.

“Full Circle immediately draws the reader in with a character so colorful it reads like a novel. What starts as a coming of age story of two best friends becomes a story about temptations and choices.” 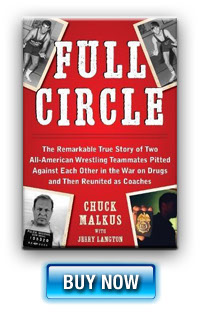 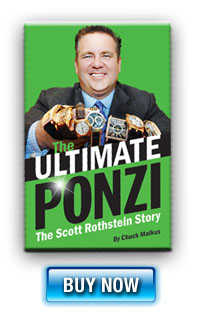